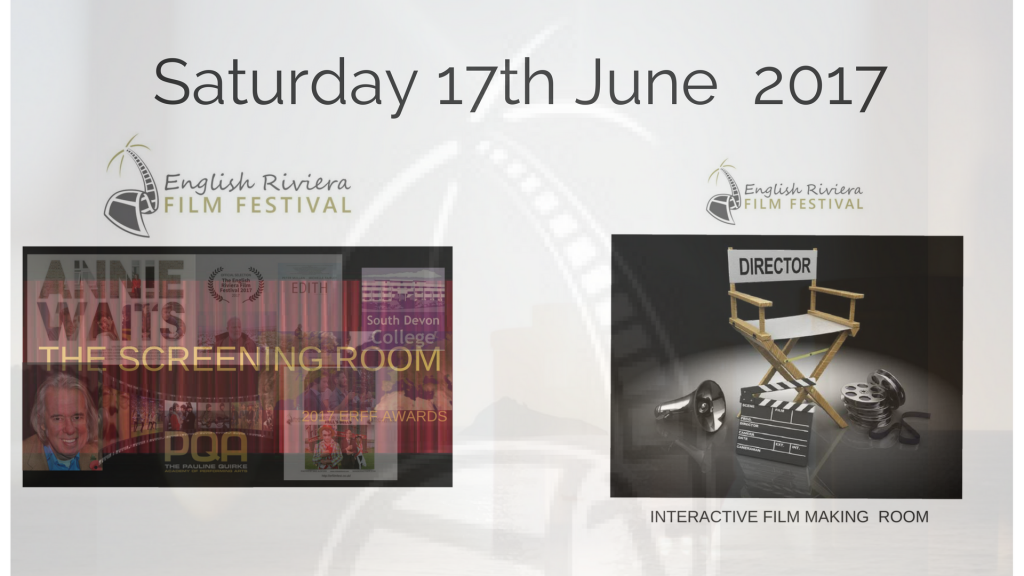 Join a host of directors, producers and movie industry talent in a whole day’s celebration of films and film-making in Devon and Torbay, together with the inaugural English Riviera Film Festival Awards, showcasing new film-making talent from around the world.

As well as enjoying film premieres and showcases, talks and interviews, you’ll be able to take part in acting, make up and special effects workshops, witness the glory of the English Riviera filmed from the air, discover tomorrow’s film starts at Pauline Quirke Academy and learn the winner of the special South Devon College  Film-maker of the Year.

Special guests include Tony Bramwell, film-maker to The Beatles and award winning film maker Luke Jeffrey. Festival goers will also be treated to the premiere of London based Mini Productions latest films, Annie Waits, and official Festival film selection Edith starring Peter Mullan and Michelle Fairley. The films’ Producers, April Kelley  and Sara Huxley will also be attending the Festival to talk about their work. 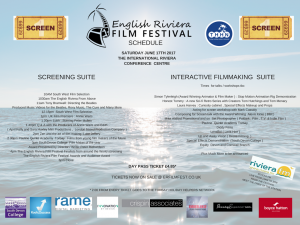 READ MORE ABOUT THEIR FANTASTIC CHARITABLE  WORK BELOW     http://www.thhn.co.uk/ 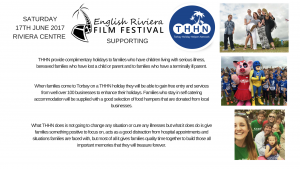 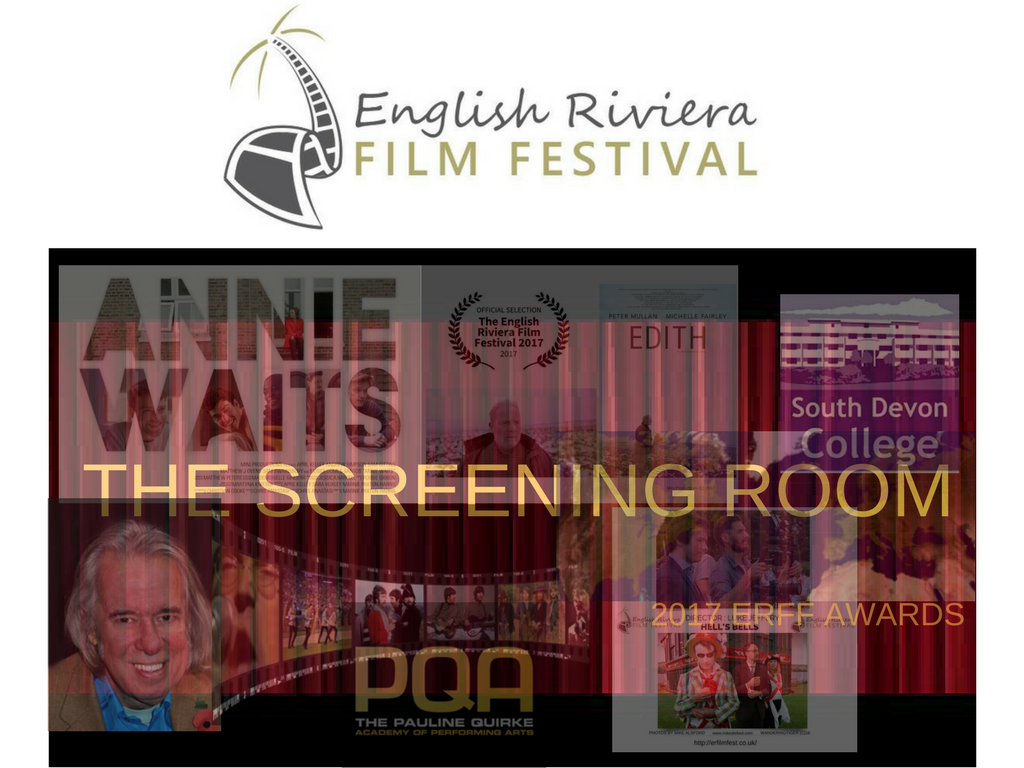 Children and young people at the Film Festival

We welcome families with children at today’s Film Festival event, but parents and guardians should be aware that some films screened today contain material that is unsuitable for children, dealing with adult themes and including scenes of a sexual or violent nature.

We will alert the audience to films that are unsuitable for under-16s and suggest that you may like to take your children to the Interactive Film Making   room or for refreshments for the duration of these screenings. Children over 12 years of age may attend the Film-making Experience room unattended but please note that under 8s should be accompanied at all times by an adult.

If you are in doubt about any of the above or have queries, please speak to a Festival Steward. 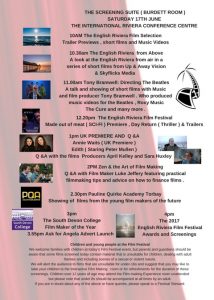 10.30am   The English Riviera from above 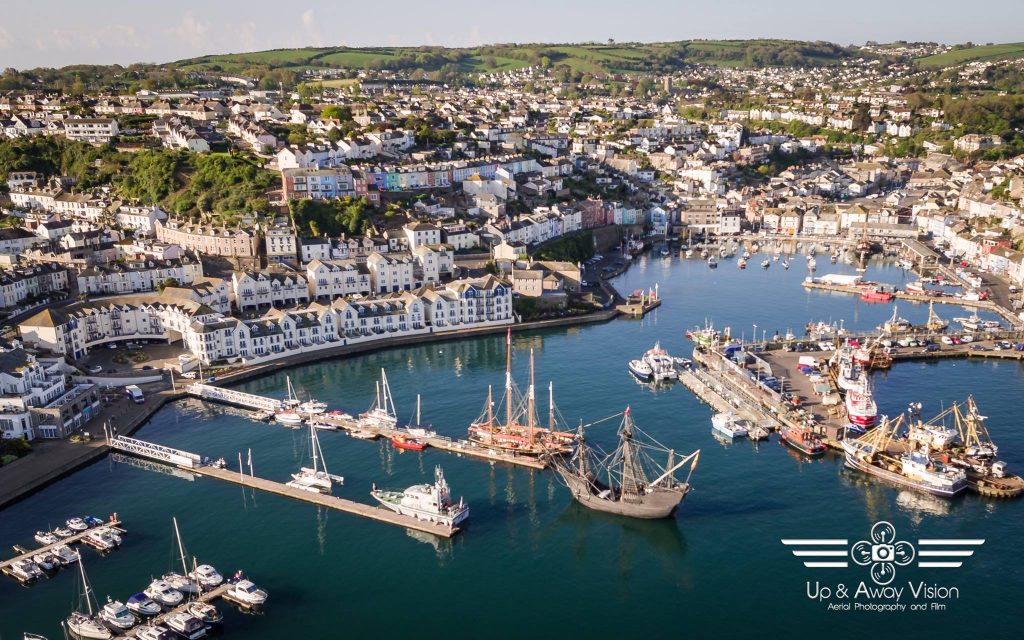 11.00am   Tony Bramwell: Directing The Beatles 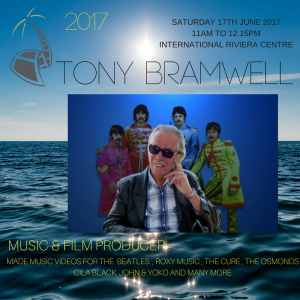 Music and Film Producer Tony Bramwell  grew up in Liverpool with Beatles George, Paul, and John. His life became intertwined with the legendary band, first working for Brian Epstein at N.E.M.S. and then for The Beatles at Apple, heading Apple Films, then later as the CEO of Apple Records. After the Beatles split, he became the United Kingdom’s first independent record promoter, representing artists including Bruce Springsteen and coordinating and promoting music for films including Harry Saltzmann’s James Bond features (including Paul McCartney’s Live and Let Die) as well as Chariots of Fire, Dirty Dancing, and Ghost. His memoir on the Fab Four, Magical Mystery Tours – my life with The Beatles, which has become one of the most popular books amongst fans and followers. Tony will be talking about his life in film and music, including producing music videos for The Beatles, Roxy Music, The Cure and discovering the talent of Eva Cassidy.

They’re made out of meat ( Premiere ) , Day Return and trailer previews 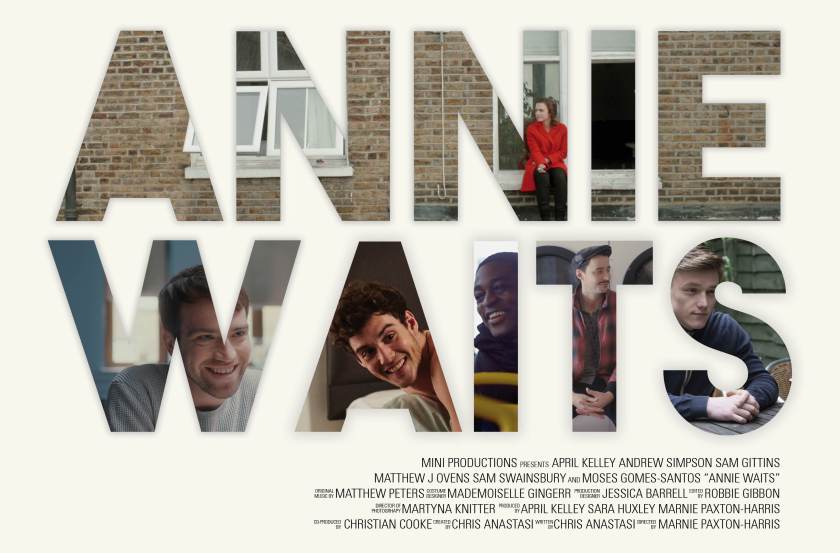 We’ve all waited for ‘the one’. The one who catches our eye, the one who keeps our interest, the one who won’t expect us to trudge down that conventional path. Annie Waits tells the story of lust and disappointment, as a twenty-something waits for her adult life to begin.

The films’ producers, April Kelley and Sara Huxley, from London-based  company Mini Productions, will be joining us for a question and answer session following the screening 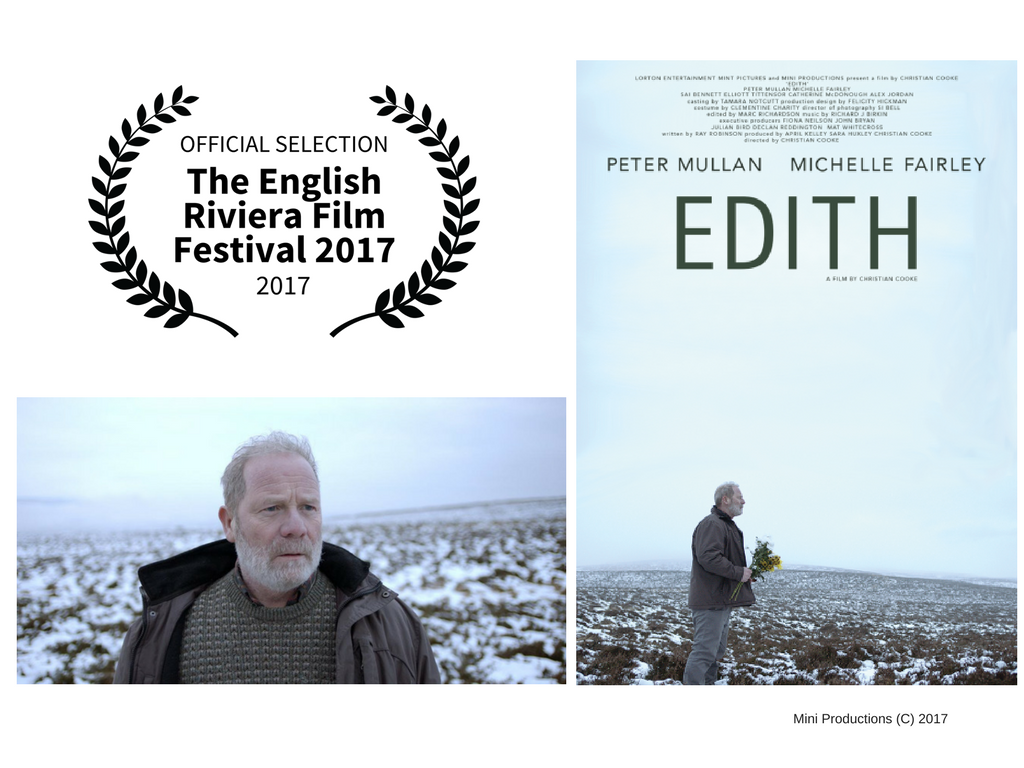 Edith explores the heartbreaking inevitability that is old age. Written by novelist Ray Robinson, whose work has been shortlisted for both the James Tait Black Memorial Prize and the Authors’ Club First Novel Award. His novel Electricity has also recently been adapted for screen and will be premiering at the BFI Film Festival.

In his directorial debut, Christian Cooke continues to emerge as one of Hollywood’s most engaging and sought after talents with his acting career showcasing roles in Cemetery Junction, Hello Carter and Romeo & Juliet.

The films’ producers, April Kelley and Sara Huxley, from London-based  company Mini Productions, will be joining us for a question and answer session following the screening

2.00pm   Zen and the Art of Filmmaking: A Q&A with writer/director Luke Jeffery 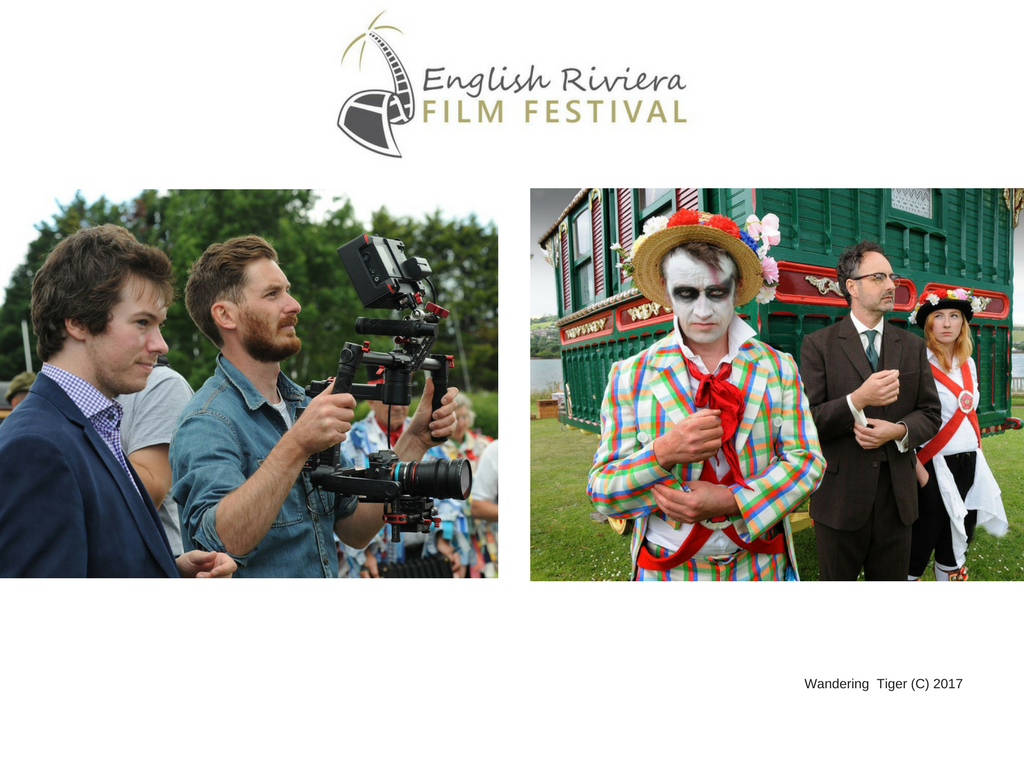 His latest film, Hell’s Bells, was filmed in Devon last summer as part of Creative England and the BFI NET.WORK’s iShorts scheme. His previous short, Seeing Red, was commissioned by Exeter Phoenix and won the Audience Choice award at the Two Short Nights film festival in 2014.

The Q&A session will focus on his journey from no budget films to funded projects, featuring practical filmmaking tips and advice on how to finance films.For more information about Luke Jeffery and his previous work visit wanderingtiger.com 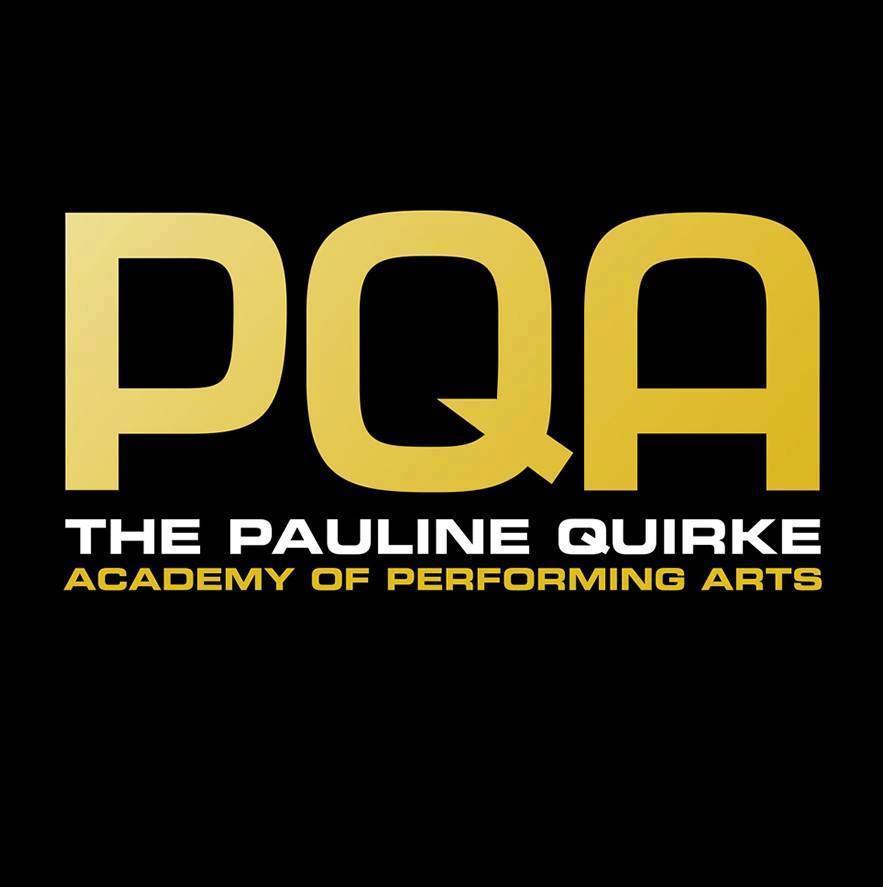 Catch a glimpse of future movie making talent with a selection of short films produced by young students from the Torbay branch of national film and theatre school, Pauline Quirke Academy. As well as tuition in Comedy, Drama and Musical Theatre, the Film & Television module is one of the big draws to PQA and offers the chance to explore screen acting and film-making. Students devise, script and storyboard their short films, before embarking on location scouting and rehearsals. They then shoot their films, working just like a professional film crew, with some students acting in a scene whilst others take on the roles of director, camera operator, sound engineer, 1st Assistant Director and so on. It’s a hands on approach, with the aim of teaching students the techniques of cinematic storytelling whilst understanding the many different roles on a film or TV set and how these people all work together to create a great piece of work.

A showcase of the films produced by digital media students from South Devon College. 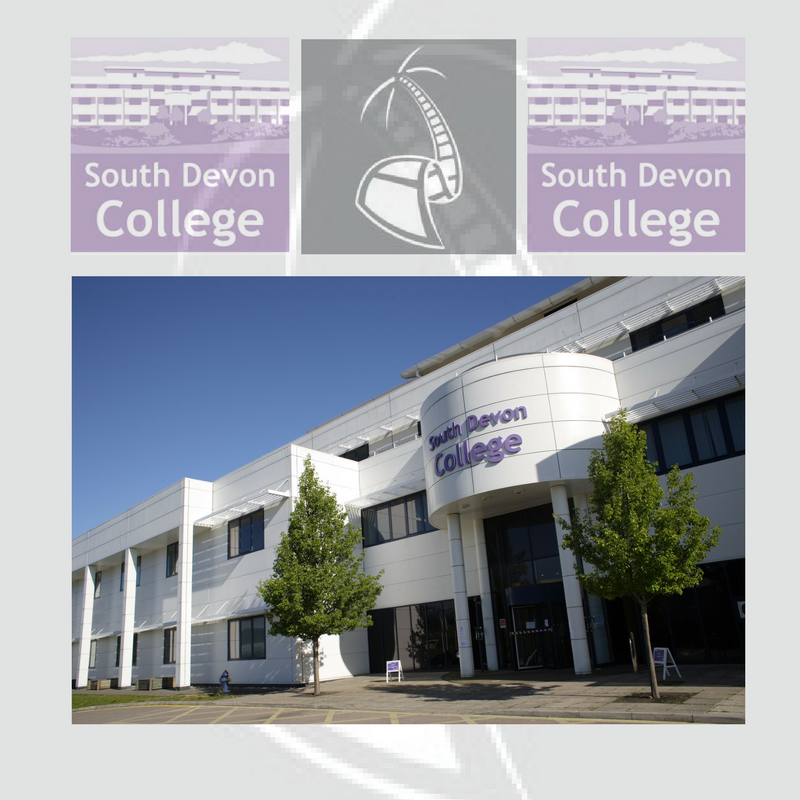 The promotional film for the local campaign for women’s safety.

Presentation of the award.

Join us for the English Riviera’s very own film awards ceremony. Film makers from around the world have entered this year’s inaugural competition and they have been judged by a panel of film industry practitioners. The finalists will be screened and special guests will present awards in the following categories: Best Film, Best Director, Best Actress, Best Actor, and Best Screenplay.  Check ou the full line up of films showing on the English Riviera Film Awards 2017 page.  . 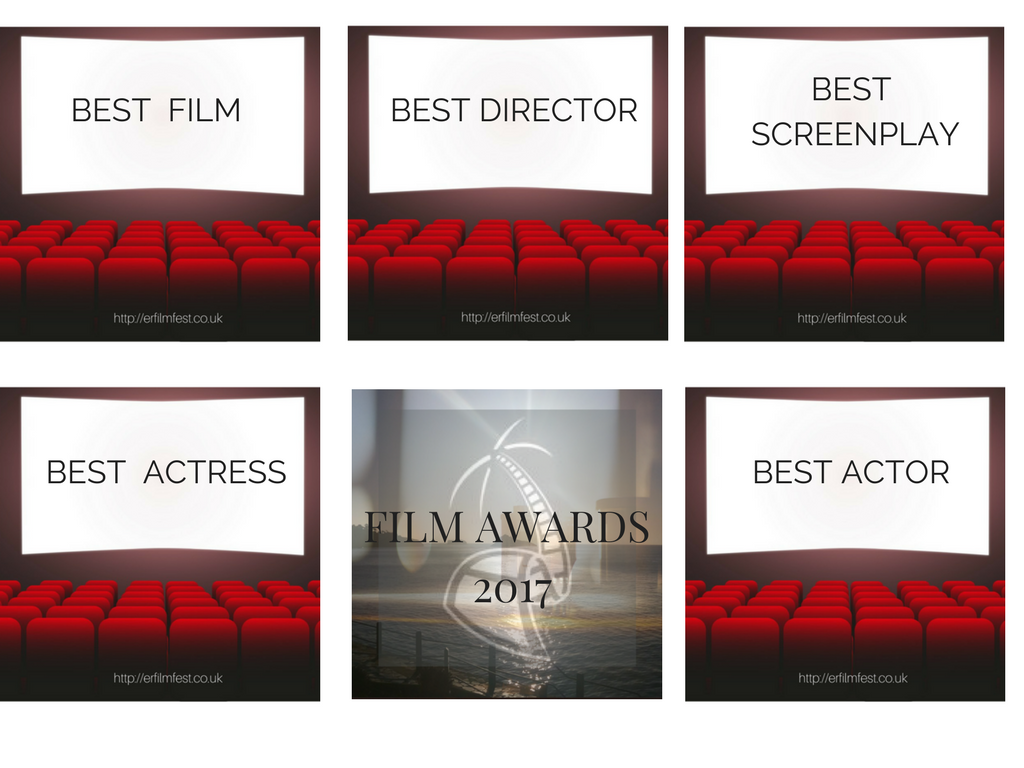 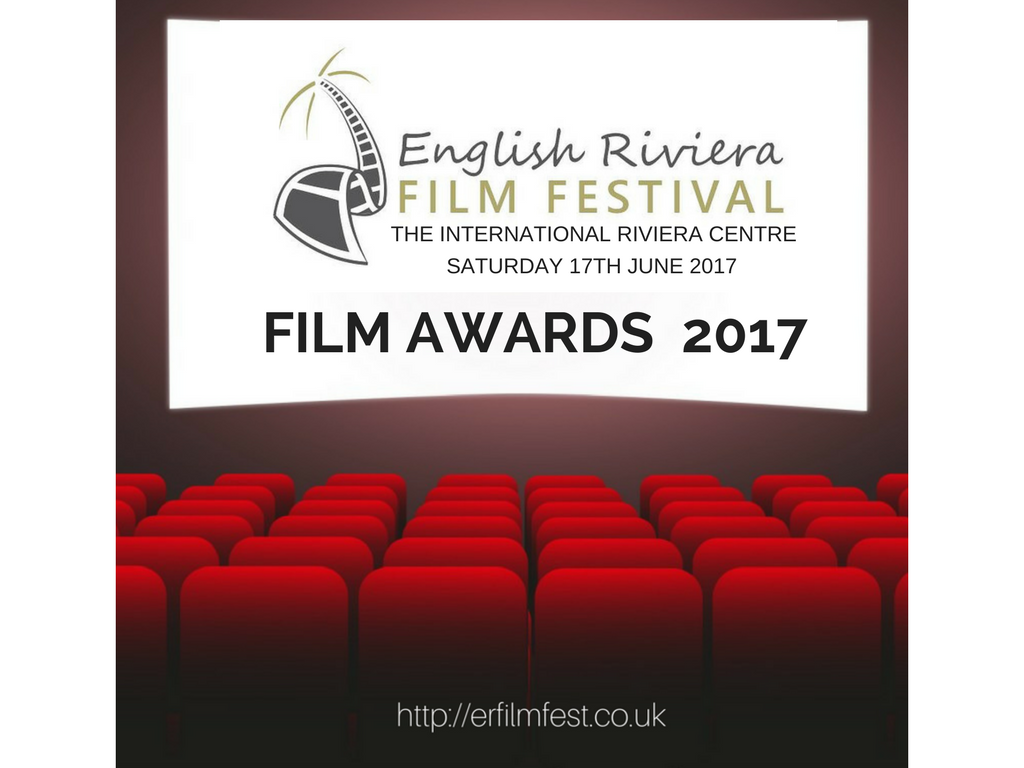 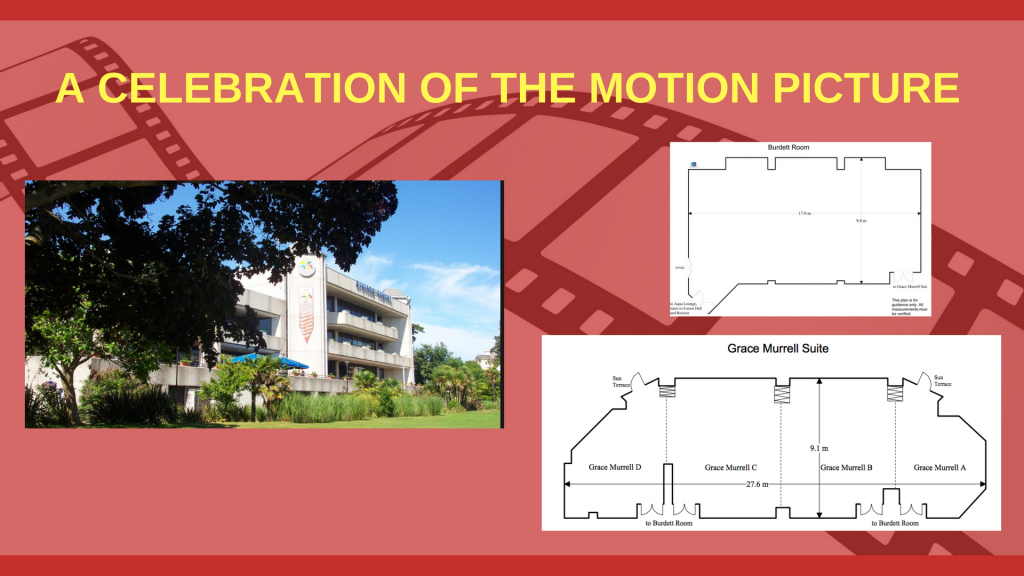