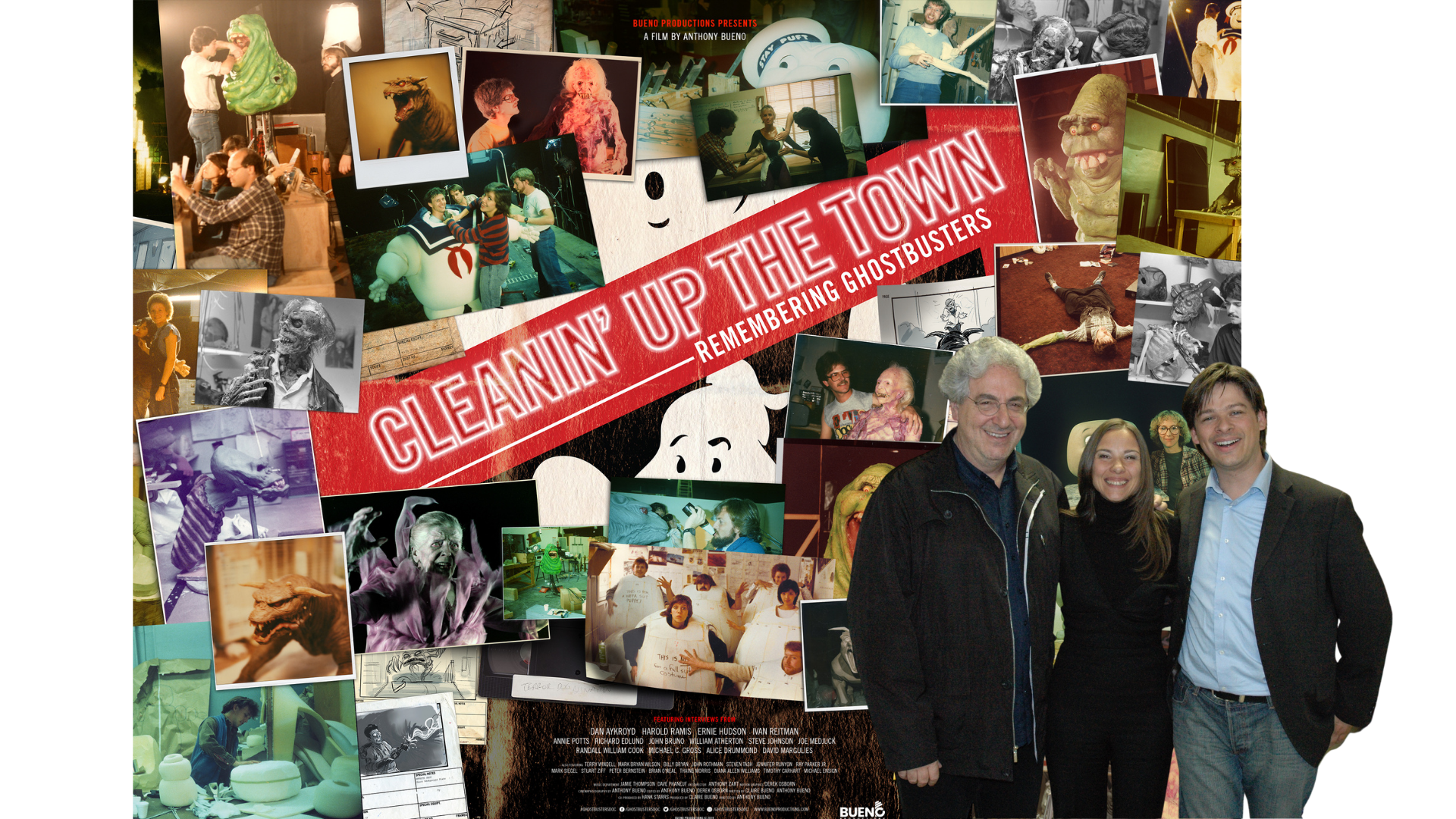 Remembering Ghostbusters: How to make an Independent Documentary Feature Film

Anthony and Claire Bueno, the filmmaker siblings, will be giving a special question and answer session about their critically acclaimed documentary CLEANIN’ UP THE TOWN: Remembering Ghostbusters and will showing specially selected clips from the film.

What is the definitive retrospective documentary charting the making of Ghostbusters, starring Dan Aykroyd, Harold Ramis, Bill Murray, Ernie Hudson and Sigourney Weaver.
The documentary hallmarks the extraordinary achievements made by the filmmakers working in the photo chemical era. It reveals a story of ingenuity, innovation and emphasises just how ambitious Ghostbusters was to make.

The Bueno’s spent 12 years making the film which was a labour of love, and are keen to share the highs and lows of making an independent documentary, and then delivering it to the international market. And of course, talk Ghostbusters!

The film had it’s UK Premiere at the BFI Imax in London and this year was shown at Cinemas across the USA, plus available on VOD.

As part of the talk they’ll also have the pleasure of presenting the haunting Scottish short film THE BOX, which comes from the creative mind of actress Vivien Reid.

When a mysterious box is delivered in parallel with the disappearance of Rachel’s husband Richard, the process of her grieving may not be all that it seems.