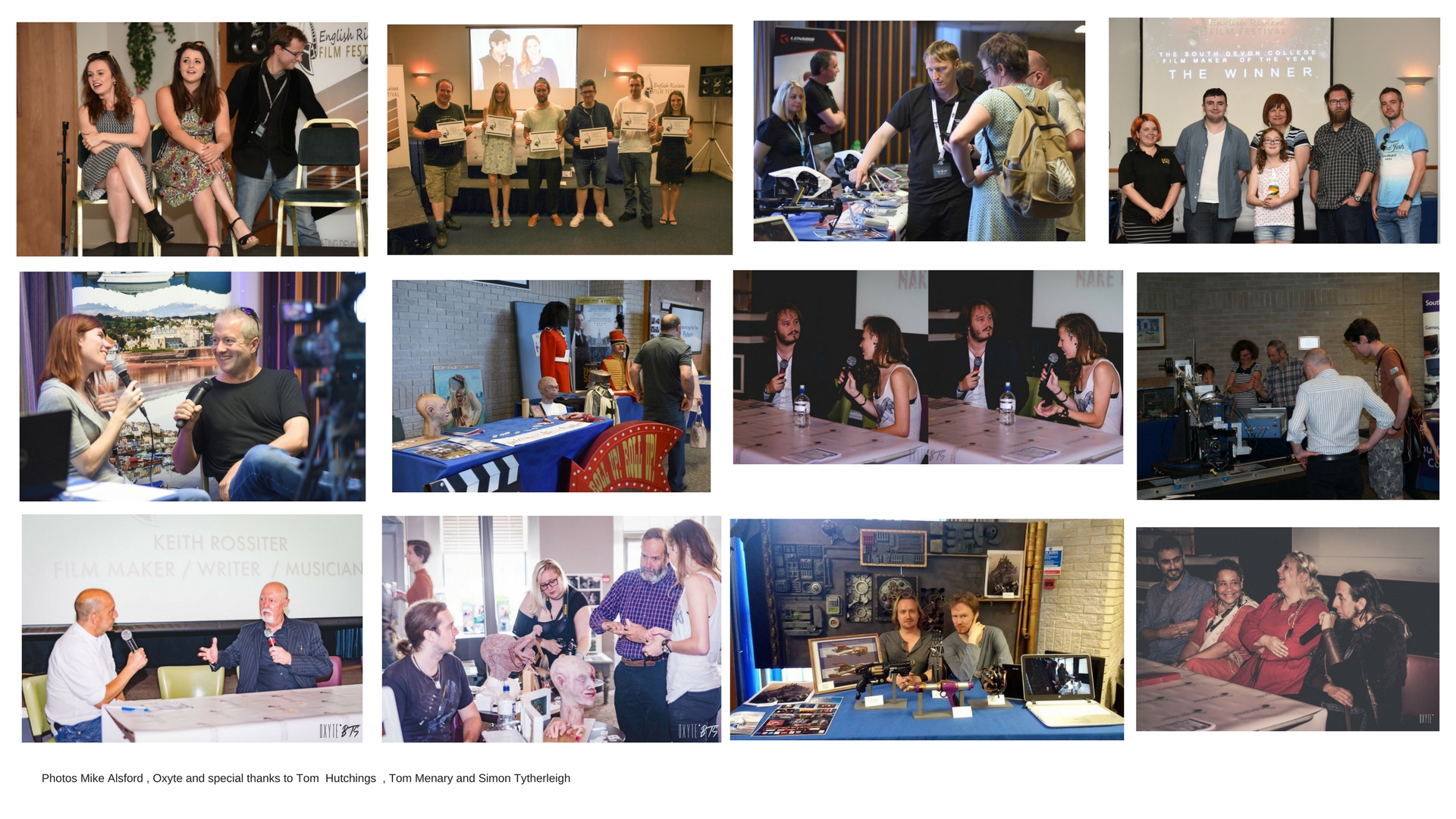 Picture the scene: palm trees, lights and cameras; film directors and actors talking about their latest work; the glorious coastal backdrop of the Riviera.

Building on the success of the inaugural festival in 2015, the event has grown to a week long celebration with a series of events that will interest both casual and ardent film enthusiasts alike, with film clubs and enthusiasts across the Bay contributing to the 2016 festival line up.

Highlights of the festival in previous years have included film premieres from award winning Directors, interviews with feature film Producers and demonstrations from industry professionals.

The Film Festival moved up a gear in  2017   its third year, with a change of venue for the main day’s events to the Riviera Centre, which played  host to a packed programme of screenings, talks and interviews on Saturday June 17th  2017 .  Other venues hosting satellite events throughout   the 2017 were festival week The Blue Walnut cafe and cinema in Torquay, Paignton Library, The Edge  Brixham , Cockington Court,  and Paignton Picture House opened its doors to  for a tour of one of the most fondly regarded buildings in Torbay.

Festival Director John Tomkins, himself an independent film maker, says he has been thrilled by the positive response to the 2017 Festival .  “The 2017 event really was  the English Riviera’s own Film Festival, a community partnership bringing together diverse organisations, individuals and businesses. There’s a genuine enthusiasm and which brought the  festival together and although 2017 was bigger and better than last year’s event, it will also, in a sense, be closer to home because of that collaboration from the Bay-wide community. One thing that  is very important to me is to listen to the audience feedback, which is why we are expanding the amount of screenings and Award categories for the 2018 Festival .”

Another example of the community aspect of this year’s festival is a focus on Brixham. Tomkins worked  with South Devon College and some of Brixham community  to produce a film about the fishing town and the surrounding coast and countryside.  Which the Premiere of the film ‘Brixham Memories’ was a great success.

Press release on the 2017 Festival

At Saturday’s main festival day on June 17th  event at the Riviera International Centre in Torquay, festival-goers enjoyed screenings of short film entries from all over the world and Directors and Producers flew in from London and Milan to attend the awards ceremony. As is de rigeur on such occasions, international directors from as far away as Canada and Japan that were unable to attend the awards were present via video films of their acceptance speeches. And local film and media students waited with baited breath to hear who cult British Director Peter Richardson would announce as South Devon College Film-maker of the Year and receive one of the beautiful hand crafted glass award trophies especially created for the festival by Our Glass of Cockington  ( which this year for shared by five students for their co   Directed film ‘Run’ ).

The awards provided a climax to a whole day’s worth of interviews, talks, exhibits and interactive workshops that brought together film-making talent on both sides of the camera from across the south west and beyond. It came at the end of a whole week of festival activities that Festival Director John Tomkins believes provides a strong basis for an even better and higher profile festival in 2018.

“It’s been a  learning curve this year and we knew we’d set ourselves a challenge in programming a week of events, but several of those events have sold out and the general feedback I’m getting is that everyone who came along wants more!”

The English Riviera film Festival is a not for profit concern which has been supported by local businesses and the cultural community in Torbay, with a percentage of the ticket receipts from the Saturday event going back to the community in the form of a donation to the Torbay Holiday Helpers Network.  Says Tomkins of the philosophy behind the event: “This is a festival that has been built and will be grown by the Torbay community for the good of the whole English Riviera.  My abiding ambition is always to shine a light on the wealth of talent on our own doorstep and let the movie industry at large know that our beautiful bay is open for film-making business.” 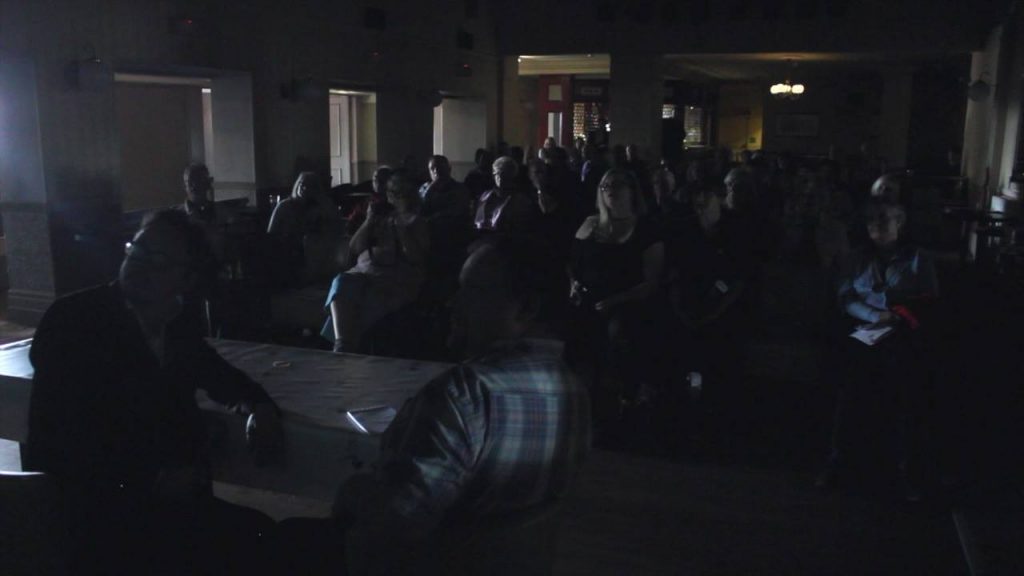 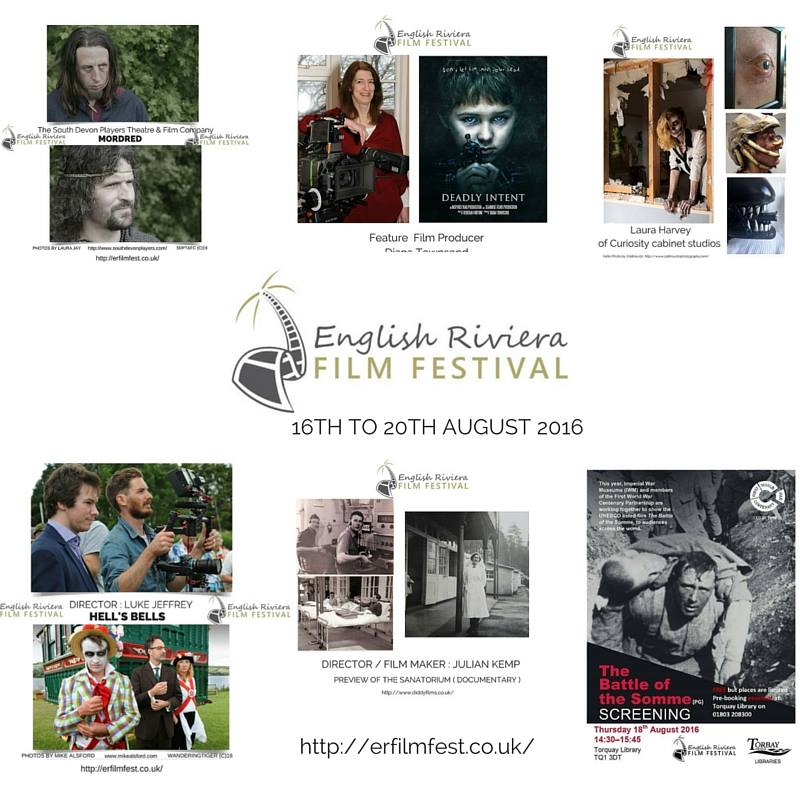