Join us for a networking event without the early start! Artizan Gallery welcomes you to a special edition of Cocktails and Conversation in association with the English Riviera Film Festival.

This will be the first event kicking off this years festival where we’ll be welcoming guest speaker Lionel Digby. Many in Torbay will know Lionel as a legendary force in the local music scene in the 60s and 70s, bringing superstar acts from Pink Floyd to Jimi Hendrix to the English Riviera. But move forward to the 1980s and Lionel had gone from rock and roll to the big screen and was working on big budget films, TV and theatre in costume design!

A 35 year career that is still going strong has seen him work on the Oscar Winning Kings Speech starring Colin Firth, Legends starring Tom Hardy and with the likes of Oliver Reed, Julie Walters and Brian Blessed, to name a few of his achievements. This exclusive evening will focus on this lesser known area of Lionel’s career where he will share anecdotes from the projects he’s worked on and show a variety of images and articles of costume from his extensive career.

// About the Festival //
Director of the Film Festival John Tomkins will also be joining us on the night to answer questions about this years event and tell us about the highlights of this years event which marks the fifth instalment of the popular festival. The English Riviera Film Festival will run from the 1st – 12th October culminating with 2019 English Riviera International Film Awards Ceremony hosted at South Devon College’s new high-tech & digital centre.

// About the Evening //
This year, we’ll be inviting you to enjoy an exclusive evening viewing of our monthly exhibitions with bespoke cocktails prepared by the legendary local team from the Lions Monocle, and in addition will be welcoming an exciting line up of speakers to deliver inspiring talks.

A choice of ticket includes a welcome Cocktail or Mocktail plus a second alcoholic or non-alcoholic film themed cocktail from the menu. Every month, we have a new menu of cocktails, all designed by our mixologists to compliment the exhibition. Additional drinks can then be purchased from the bar (Cocktails £6.00 Mocktails £4.00)

The Oscar winning 1945 classic Mildred Pierce stars Joan Crawford as a hard-working mother who inches towards disaster as she first divorces her husband and then starts a successful restaurant business to support her spoilt daughter.

This 1959 Hitchcock classic stars Cary Grant and James Mason. A New York City advertising executive goes on the run after being mistaken for a government agent by a group of foreign spies.

The crime feast is rounded off by this 1949 British cinematic masterpiece starring Orson Welles. Pulp novelist Holly Martins travels to shadowy post-war Vienna, only to find himself investigating the mysterious death of an old friend, Harry Lime.

Tickets          £5 each per film at the Museum on the day or online in advance at Eventbrite. (small booking fee applies)

The Witch’s Mask is a romantic fantasy drama concerning a young man in his late teens who suffers traumatic nightmares in his childhood. The dreams return in his adult life, showing him an apparent past life event in the seventeenth century in which he fell in love with a girl accused of witchcraft. 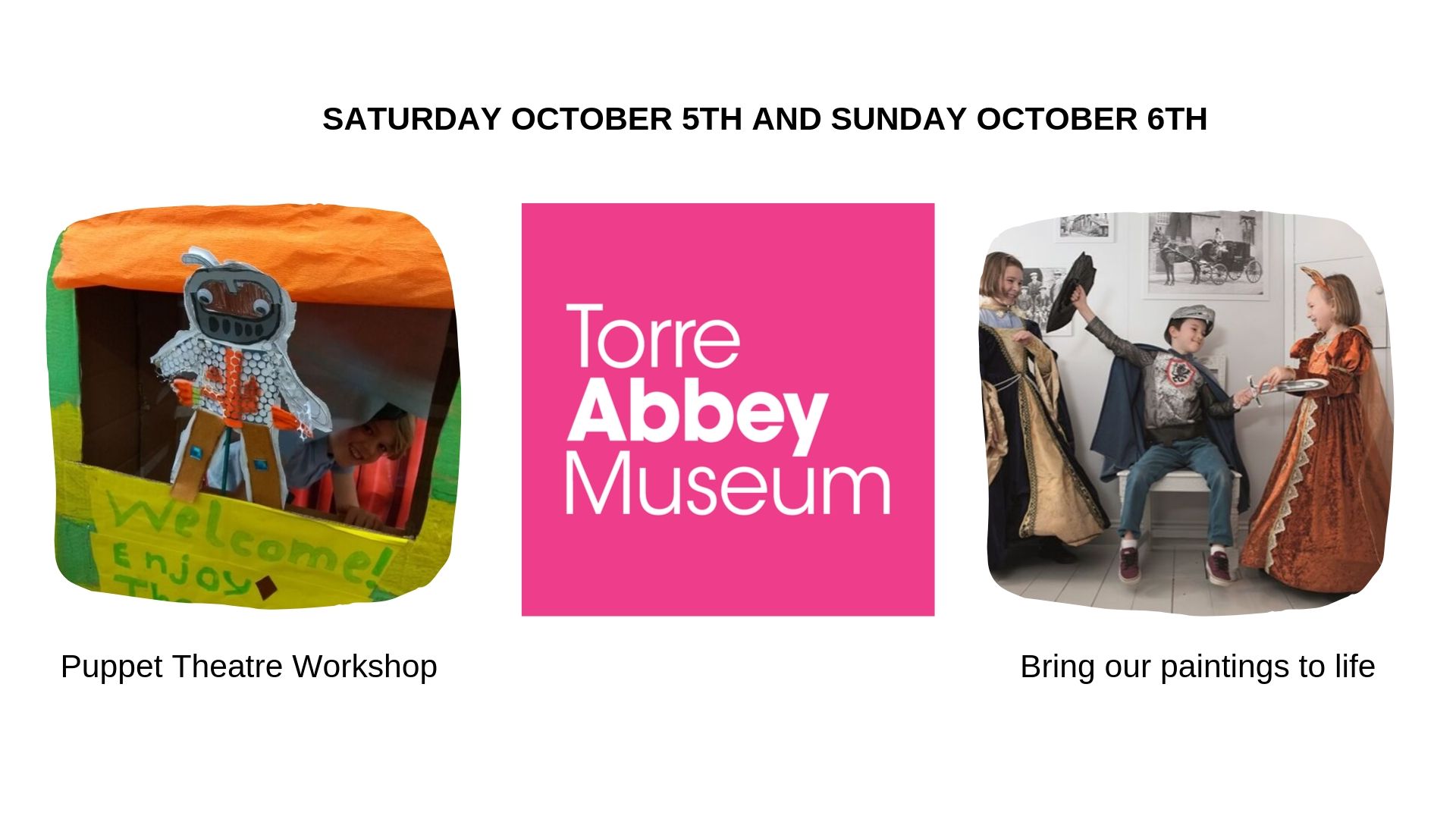 Write up your own storyboard based on historical events at the Abbey. Create your own puppet characters and props for your mini theatre, and rehearse and film your puppet show in your choice of locations around the Abbey and Gardens.

This workshop is part of the English Riviera Film Festival and the performances will be made into a short film by Emberlense Productions.

Alec Guinness stars in this 1950s black comedy. When agricultural salesman George Bird (Guinness) is diagnosed with terminal cancer, he decides to bow out with no regrets. Cashing in all his savings, he heads off to live in a high class hotel and enjoy the good life – while he still can.

Enjoy spotting the film’s many Torquay film locations including the Grand Hotel and the Rosetor (site of the current Riviera Centre).

The Blue Walnut has a fully licensed bar. Tapas and cheeseboards will be available before and following the film.

To reserve your seat:

Sponsored by Boyce Hatton and with support of our Festival Partner South Devon College , we being you the Festivals main day from the Brand New High Tech & Digital Centre . To view the full